The WUTH Charity Tiny Stars appeal was boosted last weekend, with 130 brave fundraisers abseiling from the roof of Arrowe Park Hospital including those who attended. Tiny Stars is the hospital charity’s special £1m appeal to improve facilities for new born babies.

Launching the event, quite literally, was Dr Nikki Stevenson, Medical Director and Deputy Chief Executive at Wirral University Teaching Hospital, who was the first to abseil down the building.

Also up for the challenge this year was Stuart Chacksfield, whose son Sam was born at 25 weeks at Wirral Women and Children’s, weighing just 1lb 7 oz (771 grams). Sam spent the first few months of his life in the Special Care Baby Unit there. Stuart was joined in the abseil by Sam’s mother Sue and his partner Jo-Anne.

Stuart said: “We’d never abseiled before, but we wanted to support the Tiny Stars Appeal, so the hospital can keep on looking after babies like Sam. We’re so grateful for the care we all received during those early days. Sam is now a lively 7 year old who loves sports cars, motor racing and whizzing around on his new bike.”

Making the leap for the second time was Sam Green, from Upton Wirral. Sam, a pupil at Ridgeway High School, spent some time in the Special Care Baby Unit at the Women and Children’s Hospital when he was born.

Dr Nikki Stevenson, Medical Director and Deputy Chief Executive at Wirral University Teaching Hospital said: “It was a privilege to be the first to go over the edge of the building this year and it was for such a good cause. Our neonatal unit is such an important facility and has made a difference to many lives. It was fantastic to see many people turn up to take part in the event, including people who had been treated in our Neonatal Unit as babies. I would like to say a huge well done to everyone who completed the abseil and thank you to those who generously donated to the Tiny Stars Appeal.”

Phil Crawford, Community & Events Fundraiser at WUTH Charity said:  ”I’d like to say a great big thank you to all of the intrepid abseilers at this year’s event. I’d also like to thank all the people who supported their fundraising.  Together, they will help us to make a big difference for our smallest patients and their families. After the restrictions we’ve had on our fundraising because of COVID-19, we’re delighted to restart our charity activities. Check out our website https://www.wuthcharity.org/appeals for details of how you can support our appeals.” 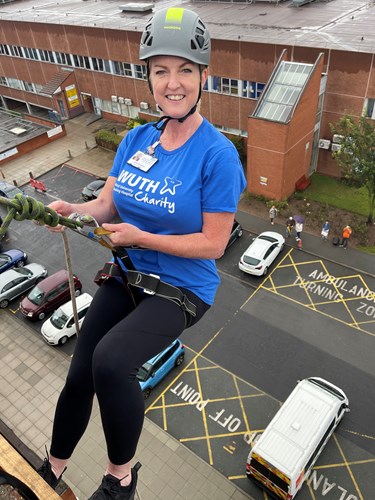 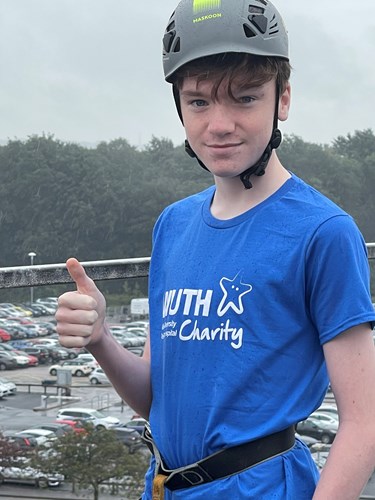 Photo 2: Sam Green taking part in the abseil for the second time.