Wirral University Teaching Hospital has received a letter on behalf of HM the Queen to mark the 40th anniversary celebrations of Arrowe Park Hospital.

The Queen officially opened Arrowe Park Hospital on 4th May 1982 and there will be a history display in the foyer of the hospital on Wednesday, 4th May with memories and photos from the day.

The Trust wrote to the Queen to let her know about the anniversary and Janelle Holmes, Chief Executive, received a special letter from Buckingham Palace.

The letter said: “The Queen has asked me to thank you for your kind letter on behalf of Wirral University Teaching Hospital NHS Foundation Trust, sent on the occasion of the Hospital’s Fortieth Anniversary which is being celebrated on 4th May.

“Her Majesty much appreciated your thoughtfulness in writing as you did and, in return sends her best wishes to you all for a most memorable and enjoyable year celebrating this notable milestone.”

To celebrate the anniversary, the building will be lit up on the day and the entrance to the hospital will be specially decorated. There will also be an opportunity for members of the public to sign the giant anniversary card that will be set up in the main reception area and a special 40th anniversary flag will fly atop the hospital.

In commemoration of the Queen’s Platinum Jubilee celebrations, a special art installation featuring the Queen at the opening ceremony of 1982 will be unveiled at the hospital in June.

“We would like to say a big thank you to the community of the Wirral for all their support over the years.”

Planning work to build Arrowe Park Hospital in Wirral first began in the 1960s. The services of Birkenhead General Hospital in Birkenhead, Highfield Maternity Hospital in Wallasey and Leasowe Hospital in Leasowe were consolidated into one brand new hospital at Arrowe Park. Building work started in the late 1970s and the Royal ceremony was held to mark the opening in 1982.

Chris Vellenoweth, who was Wirral Area Health Authority Chief Executive at the time and was at the opening ceremony, said: “Prior to Arrowe Park, Wirral hospital services were very much separate entities, there was very little interaction between them. When staff from the different hospitals moved into the new one, they had to learn to work in different ways. People did cooperate very much to make the hospital a success and that’s continued to this day.

“Leading up to the opening was a very busy time. The hospital was up and running. It was a big surprise when, three weeks before the Queen was due to come and open the hospital, I had a telephone call from the Private Secretary, to say that she would be accompanied by the Duke of Edinburgh. That meant we had to rejig the whole programme because the Palace wanted separate tours for Her Majesty and the Duke of Edinburgh, so all our planning had to be thrown up into the air and we started again. The Private Secretary was very happy with the arrangements and I like to think that the day went well.” 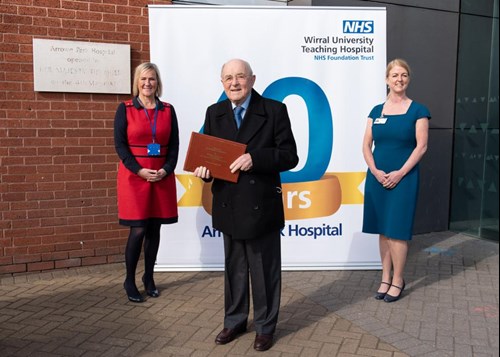 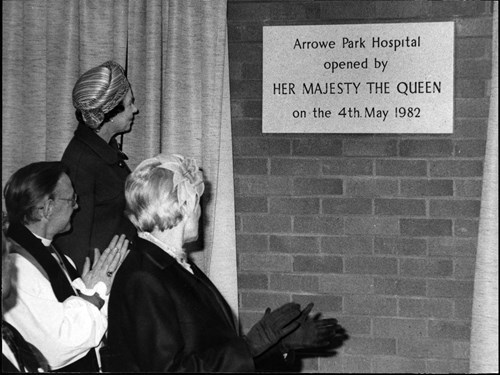 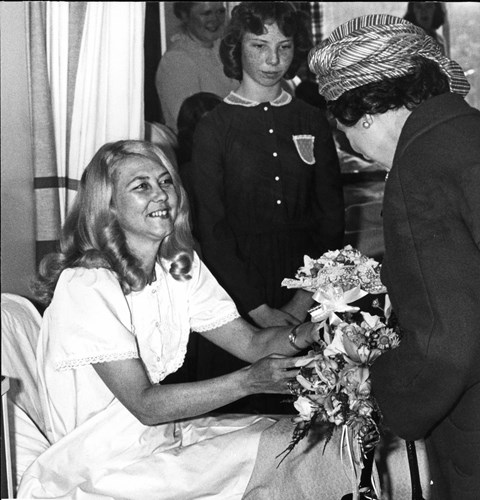 The Queen officially opening Arrowe Park Hospital on 4th May 1982.