A mum whose twins were born on separate months has backed the WUTH Charity Tiny Stars appeal to help other premature babies.

Hayley Burgess, 34, of Prenton in Wirral, gave birth to her babies Charlie and Layla nine weeks early and are being cared for at the neonatal unit at Wirral Women and Children’s Hospital, which is at the Arrowe Park Hospital site.

Charlie was born at just after 11.30am on 30th September 2022 and Layla came along half an hour later just after midnight on 1st October – meaning they were born on separate months. They are expected to be cared for at the unit for another 5 weeks.

Hayley said: “I came in at 9.10pm and by 12.10am in the morning, I’d had both of them. The midwife was great, she stayed up with me all night speaking to me. The staff are amazing.”

Following her personal experience, Hayley decided to raise funds for the Tiny Stars appeal, which has been launched by WUTH Charity, the charitable arm of Wirral University Teaching Hospital.

Hayley added: “Layla is in intensive care and Charlie is in a separate room. I know how difficult it is having babies in two separate rooms.

“The appeal is raising money to make the facility bigger and I want to raise as much money as possible to help other babies and mums. It will make all the difference.”

To help the appeal, Hayley launched a Spot the Ball and put donation boxes out in cafes and pubs at the weekend, resulting in huge support from the public as well as family and friends.

Hayley, who has worked in pubs for many years, said: “It’s a community and every time there is a charity event, everyone pulls together. In just a day the word spread and I’ve had people wanting to help across Merseyside.”

All funds raised by the WUTH Charity Tiny Stars appeal will go towards the complete refurbishment of the intensive care unit that specialises in the treatment of our ill or premature newborn infants.

The Neonatal Unit is one of two Level 3 (highest level) intensive care units in Merseyside and Cheshire. It is the only unit in the area to provide both adult and Level 3 neonatal intensive care on the same site at Arrowe Park, meaning sick mums who have poorly babies can be cared for in the same hospital.

Victoria Burrows, Head of Fundraising at WUTH Charity said: “We are really grateful to Hayley for her fundraising towards the appeal and are overwhelmed by the support that has been given. This is an important appeal that will help some of the most poorly babies and their families. We also wish Layla and Charlie all the best while they are being cared for at the unit.”

For more information about WUTH Charity and the Tiny Stars appeal, please email wuth.charity@nhs.net or to donate to Hayley’s JustGiving page visit https://www.justgiving.com/fundraising/hayley-burgess4 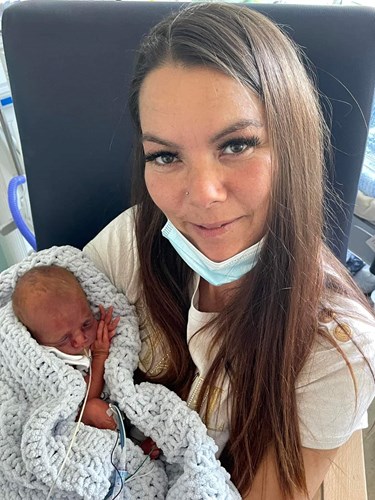 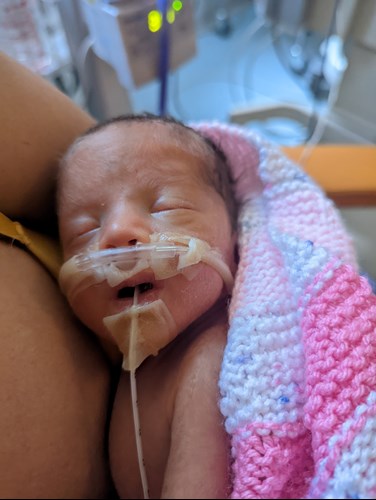